On Saturday morning, we fell into discussion about the function of a hermitage and the purpose of living as a solitary in a life of prayer.  I should explain that although we are called Olympia Zen Center, we are actually a hermitage, as our temple mountain name is Ryoko-an which means, Good Pond Hermitage.  A hermitage is literally a small dwelling place of a hermit. The "an" at the end is the designator of whether a place of practice is a temple or a hermitage.  Usually when a place is called "an" it refers to a quiet, holy place, a sacred space set aside for quietness, meditation, reflection.  When a place is called "ji" as in Entsuji, it means temple, which generally refers to a place that is more like a community or cultural center where a great variety of activities take place.  A temple is usually larger than a hermitage.

We refer to Olympia Zen Center as our temple although we may as well refer to it as a hermitage.  As our practice evolves, we more and more reflect the meaning of hermitage because of the deep and holy atmosphere that is being created through our practice.  Once in awhile we have social events, but the social is not our main interest and people don't come to satisfy their social needs but rather to answer their spiritual quest.  Our interest is to provide a sacred place for respite from the turmoils of life in the fast lane, in the market place, in the hustle of corporate life.  When we come together to talk, as we do on Saturday mornings, we may engage in rich laughter and lighthearted conversation, which inevitably occurs, but the continuous peace of practice has come to permeate the atmosphere and has become a guide which reminds us of the heart/mind of Zazen in all we do.  In essence, when we come for practice at Ryoko-an, even as lay people we enter a hermitage and become monks and hermits in community with others.

For many who come to Zen practice, there is an inner calling to live a deep and meaningful life which must be nurtured.  The hermitage is the nurturing connection that stands as a balancing force against the distractions and frivolous nature of materiality.  It represents the sacred in the awakening mind so that we can sustain the heart of practice wherever we go.  We essentially carry the image of the hermitage in the heart/mind.  If we don't have that sacred space, or those who maintain it, that is, those who vow to live in practice, we can feel ourselves adrift in a callous and disheartening world.  An imbalance is created and we have no touchstone for the mind of prayer.  It's like having a city without a park.

The Sangha functions to help support us in maintaining our own practice of solitude.  We can't be truly solitary without the backbone of Sangha which balances the solitary with the togetherness of community.  Oddly, we can be truly solitary when the community knows where we are and wraps us in the mind of protection.  Solitary practice is sacred and even in that we are never alone.  If we just go off by ourselves without the Sangha knowing where we are or what we are about, we miss the true point of Sangha.  That's the same as the Sangha having a gathering and not telling us. We are always a part of the whole, never separate from It.  We continually negotiate our way between silence and sound, solitary and togetherness, hermitage and marketplace, intensity and lightheartedness.

The Function of a Zen Center 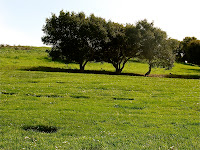 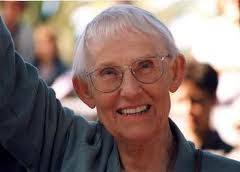 Charlotte Joko Beck died peacefully this morning, June 15, 2011, at 7:30 a.m.  She was a deeply influential American Zen teacher whose writings touched and supported hundreds and hundreds of people around the world.

She received Dharma Transmission from Taizan Maezumi Roshi and then founded the San Diego Zen Center where she served as Head Teacher from 1983 until 2006.

Her two well known books are Everyday Zen: Love and Work; and, Nothing Special: Living Zen.


This is a brief excerpt from Everyday Zen:
"Now, sometimes people say, "It's too hard."  But in fact, not practicing at all is much, much harder.  We really fool ourselves when we don't practice.  So please be very clear with yourself about what must be done to end suffering; and also that by practicing with such courage we can enable others to have no fear, no suffering.  We do it by the most intelligent, patient, persistent practice.  We never do it by our complaints, our bitterness and anger; and I don't mean to suppress them.  If they come up, notice them; you don't have to suppress them.  Then immediately go back into your breath, your body, into just sitting.  And when we do that there is not one of us who, by the end of the sesshin, will not find the rewards that real sitting gives.  Let's sit like that."
Posted by Temple Ground Press at 11:09 AM

Qualities of a Spiritual Friend 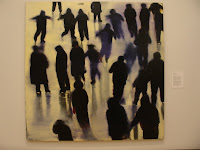 In the past two weeks we've been talking about the Qualities of a Spiritual Friend.  The Buddha speaks of these after Ananda asks him about friendship.  Ananda says that he feels the importance of a spiritual friend is about fifty percent of practice and the Buddha corrects him and says, "No Ananda, it's one hundred percent."  The Buddha goes on to name those qualities which a spiritual friend practices to bring about and express connectivity.

In our discussion in the Zendo, I said that I thought these qualities are at the base of all relationships - sangha, teacher-student, parental, spousal, sibling, work, professional - and they indicate, just as the precepts do, the spiritual-ethical qualities we cultivate in the Bodhisattva path.  It's never easy to be a true friend, but it would be foolish not to try.  Perhaps the main qualities that we cultivate in this practice are the virtues of generosity, honesty, and loyalty.  And, there are other qualities that we can see that arise in our interactions.  This list is a fine subject for the journal, exploring the many depths of each quality and examining how we are doing in our spiritual expression and quality of life.