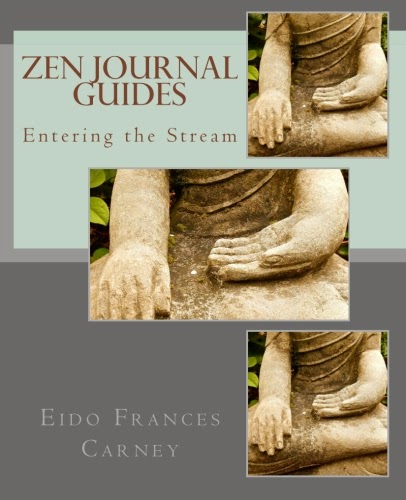 ZEN JOURNAL GUIDES
ENTERING THE STREAM
is a new journal writing tool for students of Zen Buddhism to accompany meditation practice with help to explore primary questions for spiritual growth either independently or with a teacher.

ISBN-13: 978-1507540237
ISBN-10: 150754023X
This is a handy notebook size about the same as a composition book, almost 100 pages, with space to reflect on assigned questions. The book opens with some consideration of the problems of discipline and lifestyle and then moves on to three sections called MEDITATE, LISTEN, WRITE. The chapters are short and lead the journal writer into the material of reflection. If you work with a teacher, this is a good tool for staying on track. If you are new to Zen or you are without a teacher, this is also an excellent tool to lead you through a consideration of questions about Zen practice and Buddhism. You don't have to be a great writer to do some soul searching in the privacy of your workbook.   ENTERING THE STREAM  is the first in a series with succeeding ZEN JOURNAL GUIDES coming out in future months.
Posted by Temple Ground Press at 1:42 PM

A Parish Near Ebbets Field 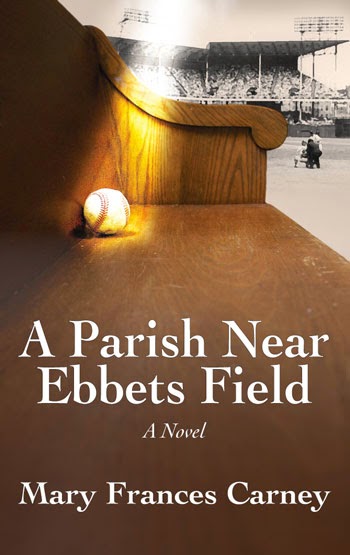 I wrote this novel a few years before going to Japan. It's a bucket list publication that I still enjoy, and I wanted to honor some of the writing I've done in the past and to swim in the soup of my Brooklyn origins.

Just published in January, this is a funny, tender, and heartrending novel of characters in a Catholic parish in the 1950's in the vicinity of Ebbets Field. The Brooklyn Dodgers at Ebbets Field were the heart and fabric of the city in the early 50’s; the parish formed a center of identity for the church faithful; and the church clock tower tolled the rhythms of the day uniting everyone in the intrigues and intricacies of human activity. Echoes of Irish mythology reveal characters that live the social and religious movements of the times in and among the Jewish community in the aftermath of World War II. The characters are wise, foolhardy, humorous, and compassionate. A dual love story is threaded through a tale of an old jealousy among friends that gradually unfolds with Irish humor and a baseball team headed toward victory.

Here are a few comments from the reviews on Amazon:

By the fourth chapter, a particularly fine and lyrical piece of writing, the reader has taken a seat in McNulty's Tavern and waits expectantly with the rest of the crowd for the next riveting installment of the narrative.

I loved the character development and being immediately drawn into a sense of place and time.

A fine tale filled with endearing characters, set in a Brooklyn that readers aren't normally privy to.